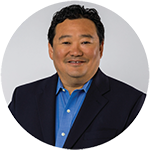 The passing of the Inflation Reduction Act in 2022 has accelerated the timeline for renewable energy industry growth. The bill’s sweeping investments in domestic energy production and manufacturing aim to reduce carbon emissions by roughly 40 percent by 2030 — a reduction of about one gigaton (CFR). That represents a meaningful jump from the earlier path, which projected that the U.S. would only reach a 25 percent reduction by 2030 (PBS).

The Inflation Reduction Act locks in existing production tax credits and investment tax credits for renewable energy for the next decade — credits which were previously limited to three years maximum. Production tax credits will help U.S. manufacturers get up to speed on production of essential renewable technologies: solar panels, turbines, and batteries, likely helping to spur job growth and steady economic development in clean energy sectors. The United States’ share of solar manufacturing has declined by 80 percent in the past decade, while China’s share has grown to dominate virtually the entire solar supply chain (CSIS). The U.S. also lags behind other countries in wind turbine production. Danish manufacturer Vestas alone represents over 16 percent of the global market, with Spanish manufacturer Siemens Gamesa and Chinese supplier Goldwind ranking 2nd and 3rd largest, respectively.

Clean vehicle production will get an additional boost in the form of $2 billion in grants to help automakers transition existing facilities to electric, fuel cell electric, and other clean alternatives to gas-powered vehicles. The bill also provides up to $20 billion in loans to support the construction of new manufacturing facilities for clean vehicles.

The growing clean hydrogen industry will also benefit from the maximum tax credit, $3 per kilogram, to hydrogen produced with renewable energy and nuclear energy. This provision will make it more economically feasible to use carbon capture and storage technology to reduce the carbon emissions from hydrogen creation, since these clean hydrogen incentives are tied to reductions in lifecycle greenhouse gas emissions rates (measured in kilograms of CO2e per kilogram of hydrogen) rather than more prescriptive technology choices (Forbes). If this spurs further development of clean hydrogen synthesis, it could be a major step towards decarbonizing some challenging (and essential) sectors of the U.S. economy: iron and steel production: long haul trucking, aviation, and maritime shipping (McKinsey).

Support for the Evolution of Oil and Gas

The Inflation Reduction Act supports the leasing of federal lands and waters for fossil fuels. It also includes funding measures that fossil fuel power plants can use to support monitoring and control of fugitive emissions. The funding also supports the process of carbon capture and below-ground storage. This gives the oil and gas industry an opportunity to evolve their practices and benefit by lowering their carbon dioxide emissions.

Challenges That May Impact the Bill’s Emissions Reduction Goals

To achieve the goal of 40% emissions reduction by 2030, the renewable energy market still faces some challenges not yet mapped out by the Inflation Reduction Act. Energy transmission systems do not feature significantly in the law, although transmission systems will likely need to be expanded to prevent congestion and energy price volatility. An analysis by Bank of America indicates that surging investment combined with supply chain constraints could fuel inflation (Utility Dive).

Although the Inflation Reduction Act offers broad support for the growth of renewable energy, actual expansion of capacity will depend largely on decisions made at the level of state and local governments. In many areas, state utility commissions’ rulings on utility resource plans and rate cases will play a major role in deciding what the future resource mix will be. If utilities and commissions don’t pursue renewable energy, progress in some states could stagnate.

At Lamons, we’re committed to being the manufacturing provider of choice for the renewable energy industry, as we continue to support the oil and gas industry throughout the transition towards greater efficiency. With the help of high-quality products and services, we’re here to help our customers make the most of every opportunity offered by the Inflation Reduction Act — regardless of the energy source.

Want to learn how we can support your goals?